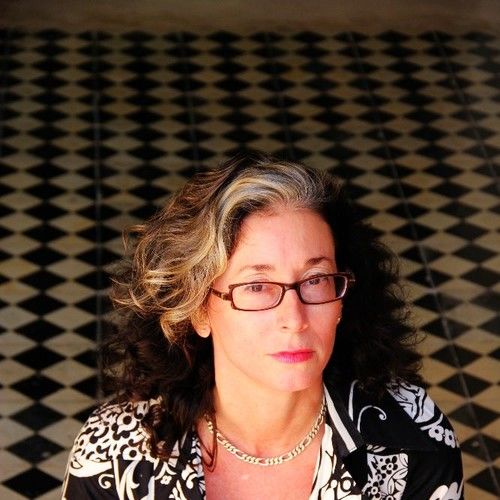 Laureen Vonnegut is an American novelist, playwright and screenwriter living between Romania and Mexico. She is a member of the Dramatists Guild and Authors Guild.  You can also find her on Goodreads.

In 2018, Theater 68 Los Angeles, opened the world premiere of her new play Death Before Cocktails which was directed by Vonnegut and Alex Rotaru.

“Death Before Cocktails is like staying up all night with your very favorite people where nothing is off limits…Vonnegut brings wit and a little bit of glamor to her characters who are all still just struggling to survive, like the rest of us. It’s a really lovely, funny, fascinating play and I highly recommend it.” (NOHO Arts District) More Reviews

“The play is a very entertaining slice-of-life examination, addressing universal truths between men and women.”  (Broadway World) and “What makes this play so wonderful is that all three women really care about each other. Yes they’re imperfect but it’s their flaws that’s makes them so relatable…Don’t miss it.” (LA Examiner) More Reviews

Her novel Twin Lies was published by Skorpion Press and is read in book clubs from Alaska to the Ukraine.

“Dynamic style, thrilling plot which kept me attached to the book from the first page till the last word…also the author makes reader think about his/her own life and of the weight of lies in it.” (Reader, Olena Karelina)

Vonnegut has had over two dozen short stories and scripts published in the US, the UK and Europe, in addition to being shortlisted for the Ian St James Award and nominated for the Pushcart Prize.

She co-produced the feature film The Dot Man soon to be released. Her script Three Way Week was shot in 2017 and is currently under post production in London.

Currently she is working on a series of short stories Amsterdam Buddah, seeking film production of her baby boomer noir This is Palm Springs, and her next theater play.